Zersenay Mosazghi, or Senay as he’s known at Purpose Construction, can’t help but smile. This isn’t out of the ordinary – Senay’s known for his infectious smile and good nature — but today his smile is extra wide because after waiting 13 years, Senay’s daughter has finally joined him in Canada.

Senay grew up in Eretria, and when he graduated from high school he had to join the military because of the countries policy of mandatory conscription.

Joining the military was not something Senay wanted to do, but the country’s economic situation coupled with the almost constant state of unrest means that being a soldier is one of the few jobs available. There is no set amount of time people have to serve in the military. In fact, some people are soldiers for their whole lives.

“There are extremists in the country so it’s dangerous all the time. They plant IEDs (improvised explosive devices) and they also attack at night, so you don’t get to sleep,” he said. “When you’re a soldier, you don’t have any bright future” he adds.

One night in 2004, while he was sleeping, men broke into Senay’s home, kidnapped him, and put him in jail. Senay had recently converted to a branch of Christianity that is not recognized by the country, and people practising non-recognized religions face religious persecution.

The jail Senay was sent to was underground. No one knew where he was, and no one could come visit him. There was a single hole that let in air and sunlight. Senay was imprisoned there for 5 months.

“It was very stressful place. It’s not your stress only, it’s other people’s stress,” he said.

Senay has excelled at everything thrown his way, always with that big smile and gentle presence that makes him such a pleasure to work with.

When he was released, he knew he couldn’t continue to live in Eretria, so Senay made the decision to flee, and cross the border into Sudan. This choice was made all the more difficult because he had a daughter who was less than a year old. Bringing her was not an option, and telling her mother he was leaving wasn’t either, because if she knew where he was, she could be questioned by the government. So, Senay left, and made the dangerous journey into Sudan.

In 2011, he was able to be sponsored as a refugee and come to Canada. During the six years he had been living in Sudan, he had married and started a family, and they were able to go to Canada with him.

As soon as he got to Canada Senay applied to bring his daughter, who was 7 and living with his parents, to Canada, but because the Eritrean government considered him to be an “illegal person” – someone who had fled the country – they wouldn’t let his daughter leave.

“When I first started I didn’t know everything about Purpose Construction, I thought it was just a company that hired me, but now working there I learn and see that they’re helping people, helping the community,”

That was almost five years ago. Today, Senay has proven himself a capable and dedicated tradesperson, has lead teams working on large scale renovations, commercial and residential. Senay has excelled at everything thrown his way, always with that big smile and gentle presence that makes him such a pleasure to work with.

Senay never stopped trying to bring his daughter here. The only way she’d be able to come to Canada would be as a refugee, and for her to be a refugee, she needed to leave Eretria. When she was 12, she made the same dangerous crossing her dad had done years before; only she went to Ethiopia, not Sudan. In Ethiopia, she received a refugee number, and Senay applied for her to come to Canada.

On April 19, 2018, after being separated for 13 years, Senay was reunited with his daughter. He flew to Toronto to pick her up and bring her back to Winnipeg where she could start her new life.

So much of the stability Senay’s worked for has been tied to Purpose Construction. Here he’s found a supportive environment that’s fostered his language skills, formed deep relationships and developed his carpentry and project management skills.

“When I first started I didn’t know everything about Purpose Construction, I thought it was just a company that hired me, but now working there I learn and see that they’re helping people, helping the community,” he said. “It’s been very helpful to me and my family, and it’s very helpful to the community, this job gives me comfort and gives me more sense of purpose. I was working at a very hard job site, but I’m thinking it’s helping the community, and it gave me more courage in my heart. I see Purpose Construction giving back to the community, and I need to be with a company like this,” he adds. 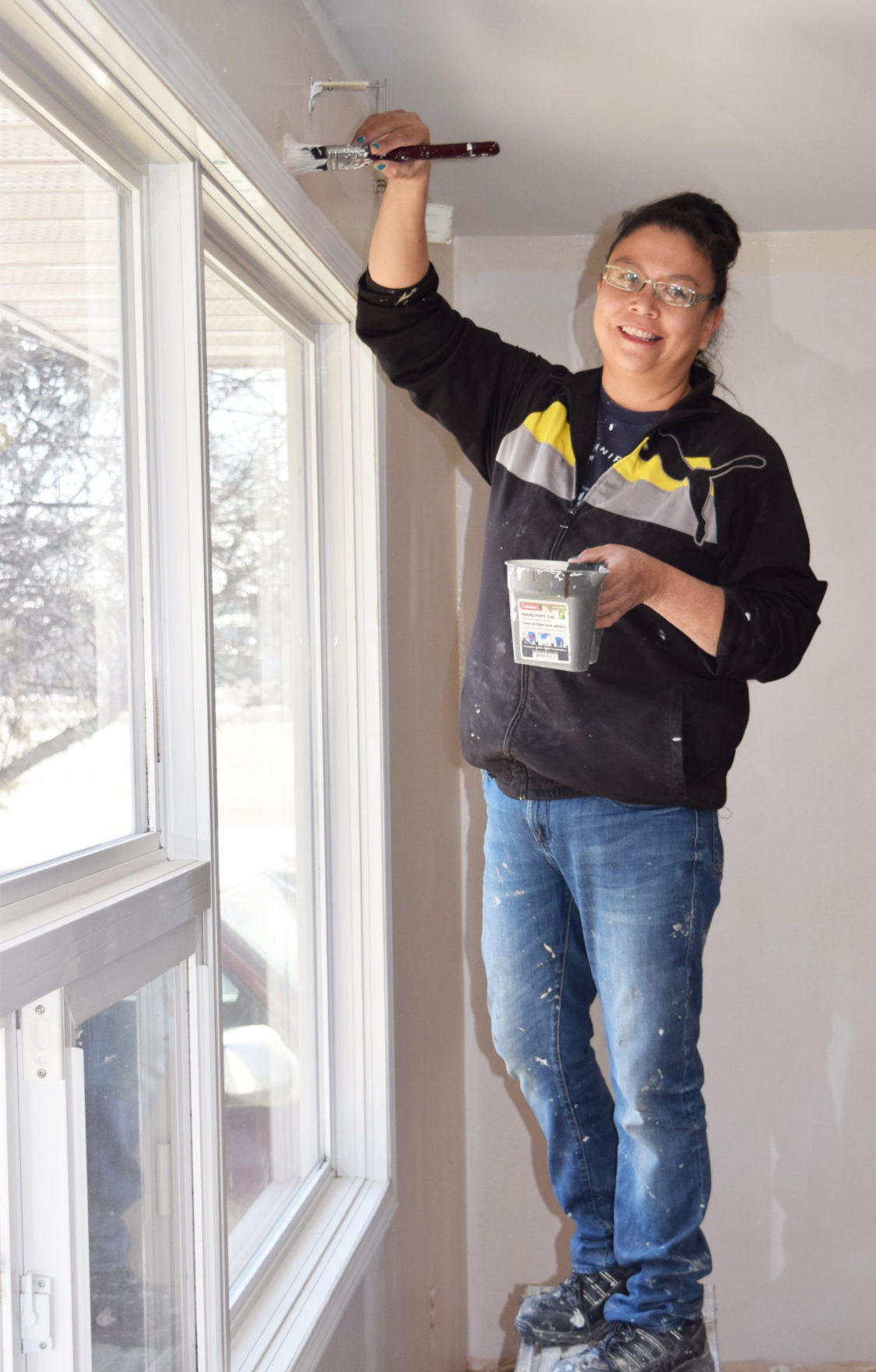 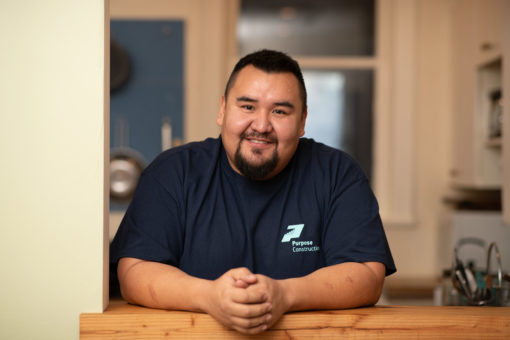